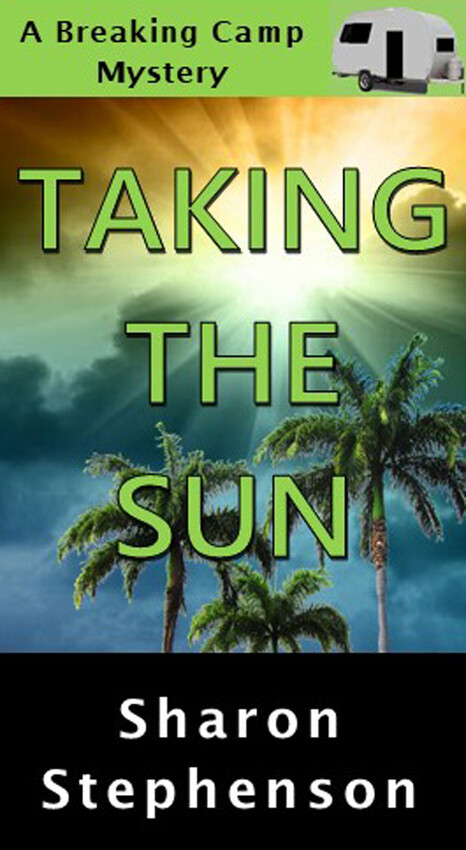 Retired happy campers Nathan and Nina Trask are taking another trip—this time they will be in Florida! Their ultimate goal is to visit son John who is learning to scuba dive in the Keys. During the journey they are persuaded to stop in Corsica, Florida to attend the mayoral ball of Mitch Stamp, its three-term mayor. Mitch is married to Janelle, sister to the Trask's son-in-law John. Mitch is a dutiful son who will do anything to advance the success of his father, Woodrow Stamp. Woody and Marie own Sun Financial Solutions, an investment outfit that flies close to the wind but always manages to escape the long arm of the law. Woody has discovered there's big money to be made from a product he's branded 'Your Best Years' Equity Release. It is Marie's job is to line up the targets through her many associations; then Woody goes in for the kill. And that's the whole point. Purchasers of one of SFS's plans tend not to have long lives.

One of Woody's targets is Henry Bailey, a long-time resident of Florida who happens to be the father of George, the police chief of Hickory Glen, Ohio, home of the Trasks. George is recovering from hip surgery and can't attend to his father who has fallen quite ill. When George realizes Nathan will be in the same county, he asks Nathan to look in on his dad. Nathan's initial contact with Henry Bailey leaves him extremely unsettled. One look in his fridge and Nathan learns just how close to living hand-to-mouth Henry has come. And why is he about to lose his home, paid for over a decade ago. What's happened? After a chance meeting with one of Hank's neighbors, Nathan and Nina learns just enough to set them on a crash course with the Stamps, who with the help of their son, have been 'taking the sun' out the lives of seniors for too long. Nathan and Nina know they won't rest until they've put a stop to it.